But Quite the Opposite Happened  —  The attack on Esther’s people did not go as expected. The enemy’s plan to wipe out God’s people turned against them. This is representative of Kingdom principles and God’s heart for blessing His people before a watching world. He is the One who brings life to dry places, honor under accusation, promotion during unlikely circumstances, freedom from bondage, and victory from certain defeat. 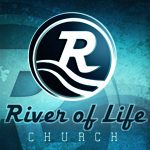 River of Life Church: Amherst, NH
But Quite the Opposite Happened